Previously I pointed out that anyone can get into this thing and drive it because of lack of keys and a push button start. The locks and the door handles are from a 74 Volvo that needed to be rekeyed. If that wasn’t archaic enough the door handles were installed up-side-down on my model (2002 1078A1).

To start, I removed the entire handle to start shopping for a place that could pull it off. The secret is to remove the entire assembly from the inside of the door out. You are going to want to remove everything that attaches to the door-handle as one piece. This will not only give you an understanding of how things work but you can also look to see in anything needs to be replaced. Below you can see the 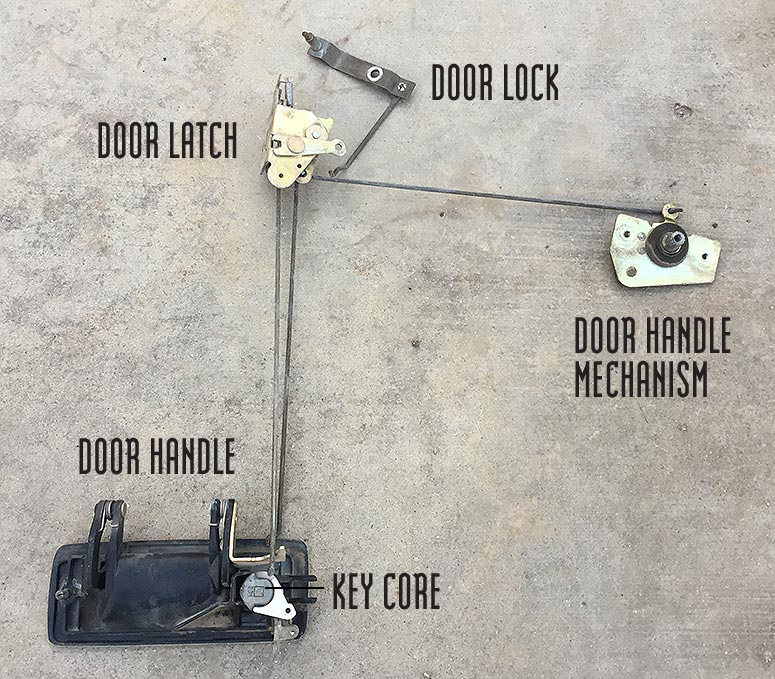 I called about 5 locksmiths before I found an old-school shop in Denver called Dires that was willing to take it on. They keyed the locks in about 5 days to the tune of about 55$… probably the cheapest thing I’ll do on this machine. If you get a chance go inside of Dires, there is about 50 years of nostalgic clutter all over the place.

The owner and locksmith at Dires always has a lit cigarette in his mouth and clearly gives no fucks, but I personally think he’s the best in town.

I moved my attention to the ignition and found a resource that carries a lot of original parts and accessories for military vehicles. Wiring is where it gets tricky, currently I have placed the keyed ignition in no problem, but I want to make my life more complicated than that. The light switch panel in the LMTV is an entirely separate unit, I regularly forget to turn on the service lights that operate the tail lights, blinkers and headlights…. I want the ignition key to turn on all the lights so I don’t have to deal with it or even think about it. I’ll need to install a relay ion one of the wires of the ignition to do this at a later date. 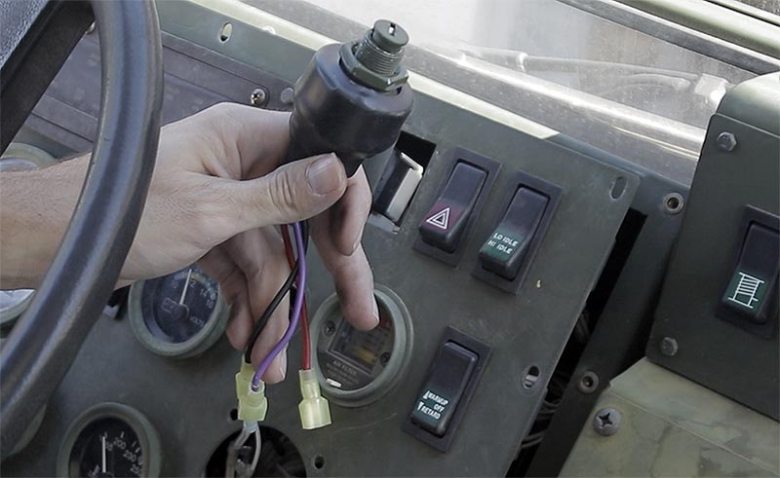 Currently I only connected the Purple and Black wire of the keyed ignition to the two wires that came out of the push button start. The Keyed ignition just serves as an intermittent switch, and more importantly, a deterrent.